Link to this page

Rocky Mountains
Order a Hand-Painted Reproduction of this Painting 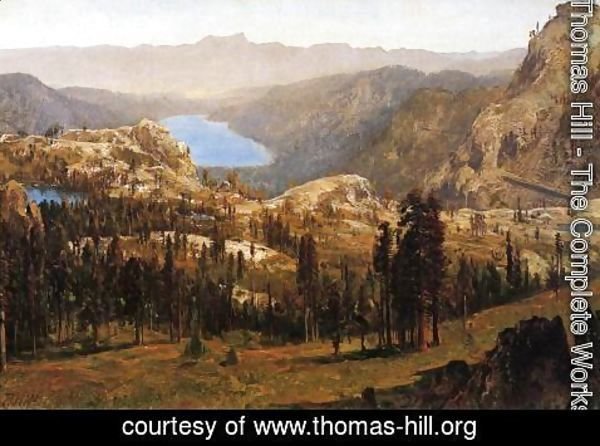 Thomas Hill was born in England on September 11, 1829. At the age of 15, he emigrated to the United States with his family. They settled in Taunton, Massachusetts. In 1851, he married Charlotte Elizabeth Hawkins. They had nine children. At the age of 24, Hill attended evening classes at the Pennsylvania Academy of the Fine Arts (PAFA) and studied under American painter Peter Frederick Rothermel (1812-1895). During his years as a student, Hill traveled to the White Mountains in New Hampshire as early as 1854 and sketched alongside members of the Hudson River School, such as Benjamin Champney. In 1856, Hill and his family moved to San Francisco, California.

With painter Virgil Williams and photographer Carleton Watkins, Hill made his first trip to the Yosemite Valley in 1865. The next year, Hill traveled to the East Coast and Europe. He established his family on the East Coast but continued to take sketching trips to the West Coast and to attend meetings of the San Francisco Art Association. He moved his family back to San Francisco in 1873.

Hill made yearly sketching trips to Yosemite, Mount Shasta, and, back east, to the White Mountains. Hill ran an art gallery and art supply store. He briefly acted as the interim director for the SFAA School of Design and went to Alaska on a commission for environmentalist John Muir. He lived on his stock market investments as well as his art proceeds. His marriage ended in the 1880s.

Toward the end of his life, he maintained a studio at Yosemite's Wawona Hotel. After suffering a stroke, Hill left Yosemite and traveled up and down the California coast, including stops in Coronado, San Diego and Santa Barbara. He died in Raymond, California, on June 30, 1908, and is buried at Mountain View Cemetery in Oakland, California. 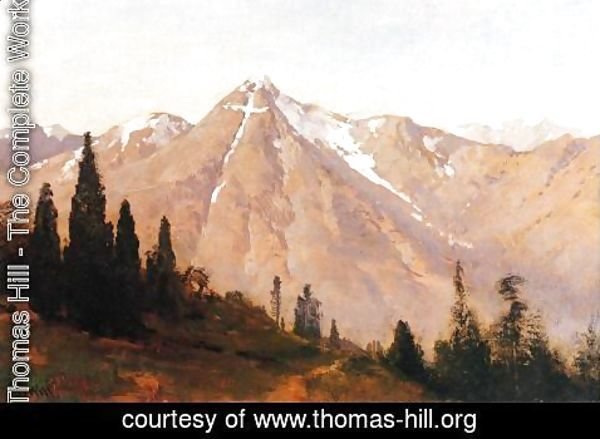 Hill was loosely associated with the Hudson River School of painters. He made early trips to the White Mountains with his friend Benjamin Champney and painted White Mountain subjects throughout his career. An example of his White Mountain subjects is Mount Lafayette in Winter. Hill acquired the technique of painting en plein air. These paintings in the field later served as the basis for larger finished works.

Hill’s move to California in 1861 brought him new material for his paintings. He chose monumental vistas, like Yosemite. During his lifetime, Hill’s paintings were popular in California, costing as much as $10,000. Hill's best works are considered to be these monumental subjects, including Great Canon of the Sierra, Yosemite, Vernal Falls and Yosemite Valley.

Hill's most famous and enduring work is of the driving of the "Last Spike" at Promontory Summit, U.T., on May 10, 1869, to join the rails of the CPRR and UPRR. The huge 8 x 12 foot painting, which features detailed portraits of 71 individuals associated with the First Transcontinental Railroad, hangs at the California State Railroad Museum in Sacramento, California. (From Wikipedia)

Report an error on this page